Why the UK version of “The Office” is better than it’s US counterpart; A Review 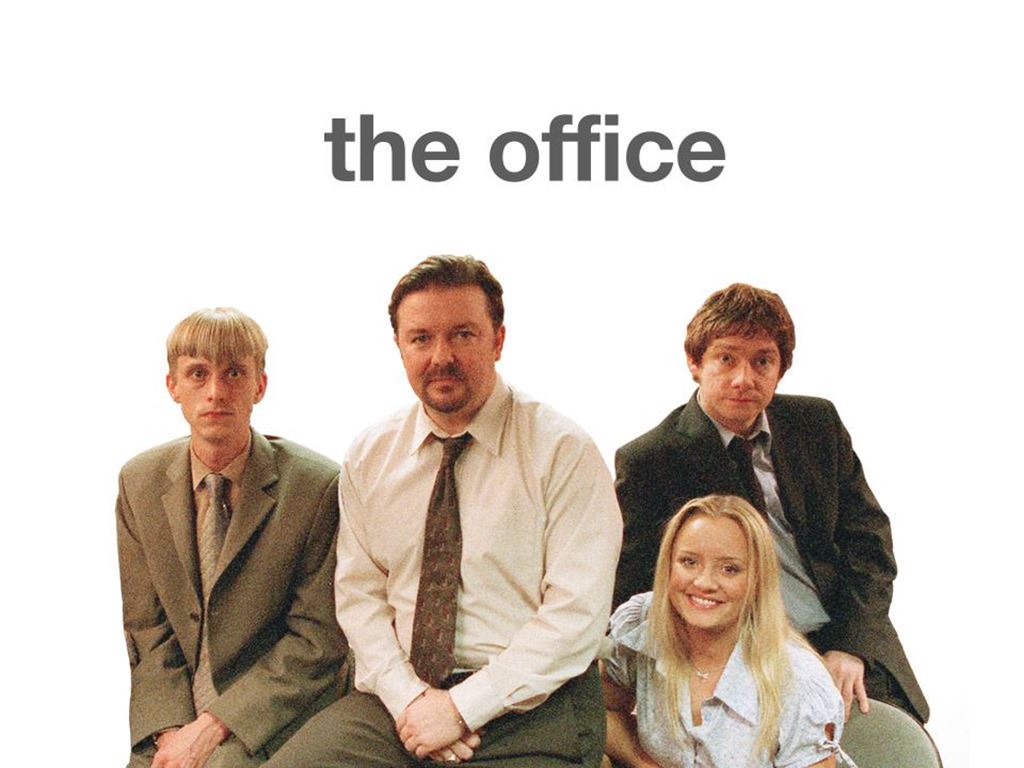 The Office, created by Risky Gervais and Stephen Merchan, is a mockumentary following the
daily lives of a group of paper company employees. The company is going to face downsizing
in one of its branches. David Brent is the manager of the branch. In my opinion, this
is an excellent show and I think the Americanized version, despite being inspired by
this show, shadows its actual level of creativity because of it being relatively more popular which
could simply be because not many people have seen it or because such type of comedy does not
appeal to them (either of which is not a bad thing of course).

The Office (UK) takes us through a more depressive tone and a more realistic portrayal of an actual
office environment (which is pretty monotonous). The humor is a lot more cringe and subtle than
the US version and is balanced with black comedy which is not too excessive. You are either at times
watching it with a straight face and immense discomfort through the embarrassing and awkward
situations the characters place themselves in or laughing out loud due to the absurdity of the
dialogues. There aren’t a lot of running gags so the comedy remains fresh most of the time. I believe
it is the kind of show that may not really work well for those who will view it to have a certain
attraction to the characters because the UK version presents them as they are. There are only four
characters that the show focuses on; David, Gareth (assistant to the regional manager), Dawn (the
receptionist), and Tim. The main essence of this show is its pessimistic tone which delves in perfect
harmony with this cringe and satirical comedy creating an unforgettable atmosphere making the
show truly unique and lovable.

(𝗗𝗶𝘀𝗰𝘂𝘀𝘀𝗶𝗼𝗻 𝗿𝗲𝗴𝗮𝗿𝗱𝗶𝗻𝗴 𝘁𝗵𝗲 𝗨𝗞 𝗮𝗻𝗱 𝘁𝗵𝗲 𝗨𝗦 𝘃𝗲𝗿𝘀𝗶𝗼𝗻 𝘀𝗼 𝘀𝗽𝗼𝗶𝗹𝗲𝗿𝘀 𝗮𝗵𝗲𝗮𝗱)
The season 2 finale is what I ended up liking the most because of how it did not really make
attempts to achieve a happy ending. When we see the US version, we are rooting for the Jim and
Pam’s relationship, which ends up succeeding while in the UK version, Tim and Dawn do end up
together. Gareth’s toady yet extremely work committed character is pretty much the same between
the two versions. The US version shows Steve Carrell leaving the Office because he tends to get
married and settle giving a more satisfying end to his character, while in the UK version Brent is not
just frustrated with him being redundant but he also ends up begging for his job back. Brent is
egoistic, attention-seeking, insecure, and disrespectful to his employees but he is also shown to have
a vulnerable side as he pleads for his job back with desperation also adding some sort of cosmic
justice to his character. The writing is handled a lot better here and the acting by Ricky Gervais adds
a lot of authenticity to it. We have the feeling of an actual person being made redundant; someone
who is not taking it very lightly. Furthermore, the rest of the employees seem to pay no heed to
Brent leaving because of his attitude towards them while in the US version there is a complete
singalong for Michael Scott’s departure. However, the Christmas special ends quite satisfyingly with
more hope for Tim and Dawn with a more mature build-up to their end and with a less romanticizing
love story.

The US office may seem at times like fan service while ending things on a more positive note. The
American version falls prey to the same generic elements preexisting in other American sitcoms like
a greater emphasis on the romantic relationships of the characters, and a lot more explicit
sometimes clichéd comedy. It also felt a bit stretched at times. This is not necessarily all bad as it
caters to an American audience. However, it is the case that the American version tries to inherit the
comedic style of the original version but ends up being something of its own; something that may
not be wholly unique, and something that certainly does not surpass the original in quality. And just
so you know, I do not have any antagonism for the US version. I really enjoyed that. In fact, Creed
and Dwight are some of my favorite characters and I consider Steve Carrell’s acting remarkably. I
also liked the variety of different episodes the show offers like business ethics, harassment,
employee transfers, threat level midnight, etc. But, I prefer the UK version over it.

The UK office is extremely commendable and a great creative achievement by Ricky Gervais and
Stephen Merchant. Without them, we would never have had the US version. It may not have many
seasons or a large ensemble of characters to work with, but it still manages to entertain and excel
when it comes to writing. I think you guys should definitely check this one out especially if you
are into British comedies. Highly recommended!